PRP Therapy Can Help Your Recovery 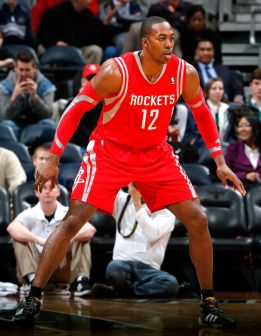 In this case, Howard was willing to share the glory with PRP therapy, the same technique that was used to good effect on Kobe Bryant and athletes in other sports, such as Tiger Woods, Alex Rodriguez and Hines Ward for sports-related injuries. While PRP has been employed for years in the operating room, you can now find it in clinics like ours.

PRP stands for Platelet-Rich Plasma. Human blood is composed for the most part of plasma and red blood cells, but it also contains small amounts of white blood cells and platelets that are instrumental in the healing process. With PRP treatment, we extract the patient’s own blood, spin it to separate the platelets from the rest of the blood, and then inject the platelets into the site of the injured tissue.

Platelets contain growth factors (stem cells) that speed healing as well as tissue repair in tendons, ligaments, muscles and bones. Because the treatment consists of the patient’s own bodily substances, there are few side effects (such as infection) and no need to worry about rejection of the material, which can happen with man-made products.

A Star in its Own Right

It took a while for PRP to become established as a standard treatment, but it’s now recommended for knee injuries as well as long-term damage from arthritis. A report published in the American Journal of Sports Medicine showed that PRP was successful in treating patients with chronic osteoarthritis due to degeneration. 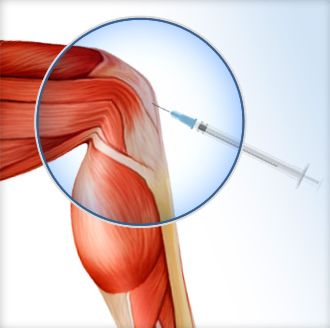 Another study reported by the American Academy of Orthopaedic Surgeons showed PRP to be more effective than cortisone shots for severe hip bursitis. One doctor, writing in the AAOS journal, described PRP therapy as « enriching a rich environment »— a reference to the body’s own mechanism for healing, which is enhanced by PRP therapy.

With athletes, the goal is to strengthen the affected joint as well as healing the injured tissue. Prevention, as they say, is the best medicine. By encouraging tissue growth, we help protect the joint from future trauma caused by sudden twists or sprains.

In a past game against Atlanta, Dwight Howard demonstrated his newly repaired knee by leading the break, dishing off to teammate Patrick Beverly and finishing with an alley-oop jam from James Harden. For a big guy (6’11’’, 275 pounds), Howard is amazingly nimble. He’s still a force to deal with, scoring 26 points with 13 rebounds on his return to play in mid-December.

Here’s a guy pushing 30 who has had a solid career (eight-time All-Star) with many basketball-related injuries, returning to his old normal— high— level of play.

While 30 may seem young to us, PRP has been shown to work in athletes and non-athletes of just about any age. As with many recent treatments and breakthroughs in sports medicine, we are learning how to work with the body’s own processes.

PRP has potential in treating knee, hip and shoulder injuries, as well as rotator cuff tears, plantar fasciitis, pelvic pain and instability. It’s also being used on back and neck injuries, ankle sprains, tendonitis and ligament sprains, according to the American Association of Orthopaedic Medicine.

If you have an injury that falls into one of those categories, call and make an appointment to discuss PRP therapy. We administer the treatment right here in our clinic. No need for hospitalization. Recovery time is short (ask Dwight Howard!). The usual treatment involves one or two sessions.

Let’s talk about geting you back in the game— whatever your game may be.