Soccer Injuries on the Rise As Game Gains Ground 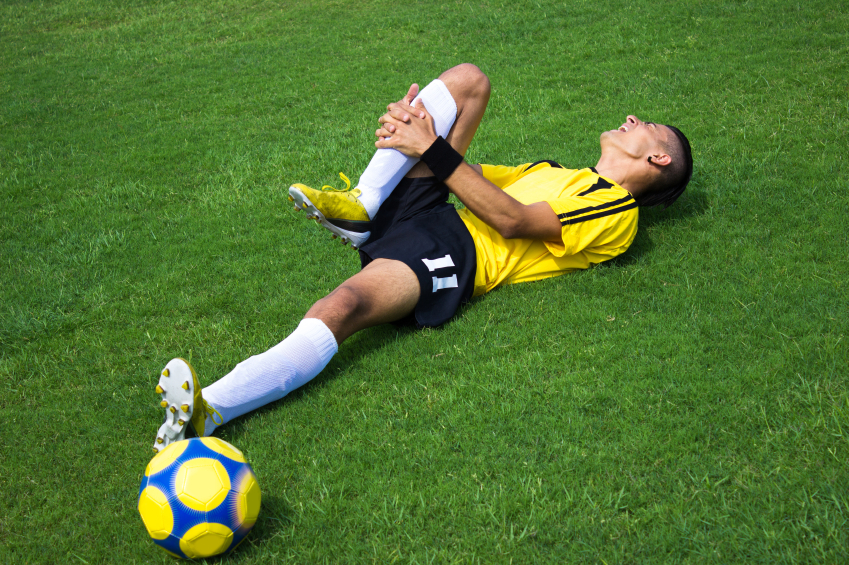 Soccer is the fastest growing team sport in the United States, and soccer-related injuries are on the upswing. While soccer players suffer fewer traumatic injuries than athletes in other sports, each year about 100,000 children are hurt.

Any game that involves running, kicking, twisting and includes other players— as opposed to a solo activity such as swimming— is bound to produce injuries. But while sports account for about 21% of traumatic brain injuries in children (brain injuries are the leading cause of death in sports), soccer is not one of the most dangerous.

The lion’s share of soccer-related injuries impact the lower extremities. Most incidents affect the feet and legs, with ankles and knees among the top sites for injuries. Knee injuries such as a torn anterior cruciate ligament frequently put an end to a young player’s season. A torn meniscus is also common. About a quarter of leg injuries in soccer afflict the knees.

Only 2-3% of soccer accidents result in concussions, the most severe ones caused by collisions— with other players, goalposts, the ball or the ground.

Soccer injuries may result from trauma, like the collisions described above, or from overuse. Treatment recommendations differ based on the cause of the injury. Overuse injuries such as stress fractures or sprained ligaments need time off. Any child complaining of pain should not return to the field until he or she has been evaluated by a medical professional. Stress fractures can develop when the bone is weakened by overuse. The symptoms of a stress fracture can be difficult to distinguish from soft-tissue damage.

Here are some of the symptoms of an overuse injury: 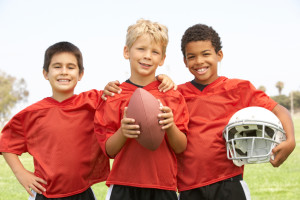 Traumatic injury usually results in a player being removed and evaluated immediately, but some injuries pass under the radar. Coaches and parents should keep in mind that a concussion doesn’t always cause loss of consciousnessness.

Any blow to the head should be taken seriously. (Remember, the leading cause of death among young athletes is head injury.)

A good warm-up and stretching routine can help prevent injuries to young soccer players. FIFA, the international soccer organization, says their warm-up program can reduce the incidence of injuries by 30-50%. However, the program was designed for players 14 and older. Researchers for NIH argue that because an early injury is a key indicator of later injuries, it’s important to implement training and conditioning exercises in players younger than 14.These researchers suggest that the FIFA program could be adapted to a younger cohort by making it less repetitive (i.e., boring), with lower targets.

The FIFA exercise program consists of the following:

When to Keep Them Out of the Game

But no matter how good the warm-up routine, stuff happens.

Players should be called off the field as soon as the coach notices any sign of pain (limping, lagging behind the others, player on the ground). Most injuries can be treated at the scene, with ice, elevation and rest. The presence of a trained medical professional allows the player to be evaluated on the spot. If there is any doubt, the player should be furloughed.

Some injuries permit the player to continue their practice sessions, with modifications. Young people are famous for their fast-healing abilities. Any player who doesn’t respond quickly to treatment should be evaluated as soon as possible by a sports medicine specialist.