Sports medicine sprang up as a medical discipline in response to changing times. Americans live longer than their parents did, and they expect to maintain their quality of life.

Far from consulting only with injured athletes, sports med specialists now treat every segment of the population. From overweight kids to over-scheduled parents, high-powered executives to octogenarian marathon runners, fashion models to farmers . . . we have become a nation obsessed with physical fitness-- and the lack thereof.

Not only medical but lifestyle-oriented 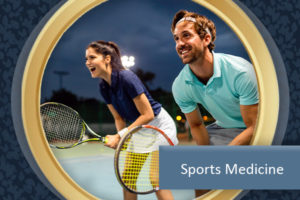 Since the second half of the 20th century, it is no longer acceptable for Americans to grow fat, then die young. While the majority of the population admits they do not get enough exercise, increasingly the term ‘working out’ does not apply to outside chores.

John F. Kennedy used the Canadian Air Force exercises. Under Lyndon B. Johnson, exercise was introduced into the classroom. Researchers examined the statistics on certain ‘American’ diseases, and sounded an alarm.

Today, fitness is a way of life for many; for the rest, it’s the holy grail they know they should pursue at some point. Those who deny it and who are given a second chance– post heart-attack or stroke– tend to be fervent converts.

A medical specialty has developed in the wake of this demand. Sports medicine doctors are physicians– many of them orthopedic surgeons– who’ve delved deep into the science of health and well-being. Orthopedic surgeons, who have had extensive training on physiology and musculoskeletal disorders, are prime candidates for this field.

The title, ‘sports medicine specialist’ may be a bit misleading, as their patients include not only athletes but any physically active individual.

Thus sports med specialists treat lifestyle diseases such as diabetes and exercise-induced asthma. . . as well as muscles, ligaments, bones, tendons, and joints.
It’s clear that there is a market for this type of service. 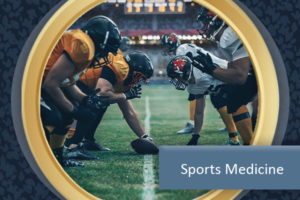 The U.S. government maintains that three our of four American children do not get enough exercise. (The one-in-four are the athletes who participate in every sport in school.)

Americans are living longer– well into their 80s, on average– and many are no longer content to spend the last decade of their lives in a rocking chair.

From a Supreme Court justice who plays tennis at the age of 92 to the 88 runners who are 75 years and older at the New York City marathon, Americans are determined to keep moving.

But there is work to be done. Sports med specialists warn that most Americans need coaching, training, and encouragement to adhere to or begin an exercise regimen.

This requires exercise physiology, and treating injuries that may prevent or inhibit patients from being as active as they would like to be.
Some of the specific injuries that a sports medicine doctor can treat include concussion, muscle cramps, knee sprain, tennis elbow, muscle tears, and ankle sprain . . . . In fact, any dysfunction of the body in motion.

What is the main focus of sports medicine?

Do I need to be an athlete to benefit from a sports medicine clinic?

No, you don’t need to consider yourself athletic to benefit from a sports medicine clinic like All-Pro Orthopedics & Sports Medicine here in Florida. Our team of sports medicine physicians can tailor a workout plan based on your goals and interests and help reduce your injury risk if you want to increase your physical activity.

At All-Pro Orthopedics & Sports Medicine, we can assist you in adhering to or beginning an exercise program by providing coaching, training, and encouragement. We can help you be healthier so you can live longer.

What conditions are treated by sports medicine specialists?

Sports medicine doctors are not just for sports-related injuries. Whether you are an elite athlete or an independent senior, sports medicine physicians can help you manage chronic injuries and prevent them in the future.

Common musculoskeletal and orthopedic conditions that we treat include:

Our team of experts at All-Pro Orthopedics and Sports Medicine in Florida consists of sports medicine doctors and orthopedic surgeons; both have special training in musculoskeletal medicine. We can also treat injuries non-surgically through a range of conservative treatments.

How can sports medicine help me, a non-athletic individual?

If you want to start a new exercise routine or take your fitness to the next level, sports medicine doctors can be an excellent educational resource. It is often possible for minor or occasional athletes to recover more quickly from an injury when they use the same treatment methods as competitive athletes.

What are the benefits of sports medicine at All-Pro Orthopedic & Sports Medicine in Florida?

All our locations in Florida have a team of doctors trained in musculoskeletal medicine. We implement sports medicine to optimize your performance in sports and fitness.

As a team of doctors, we can help you reach your physical goals and prescribe individualized treatment plans for your specific needs to get you back in the game as soon as possible.

Orthopedic Treatments for Torn Tendons of the Biceps and Triceps 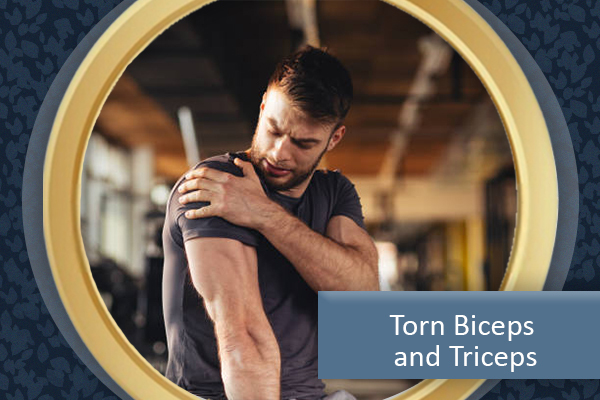 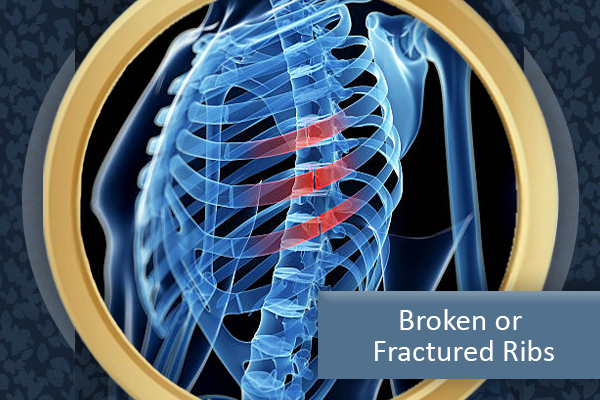 Sports-related Back or Neck Injuries 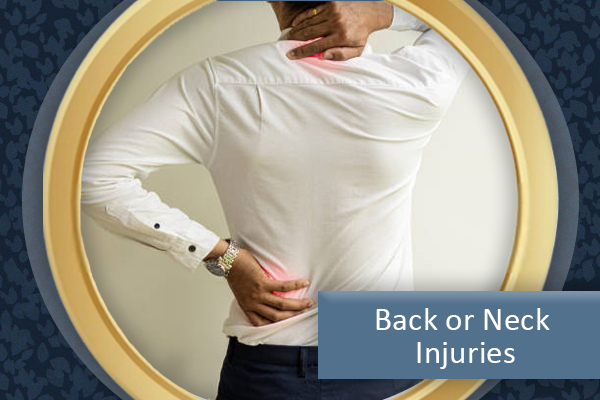